It's Spiritual Emphasis Month at Hargrave!

Photos from Eye of the Tiger Water Survival Training 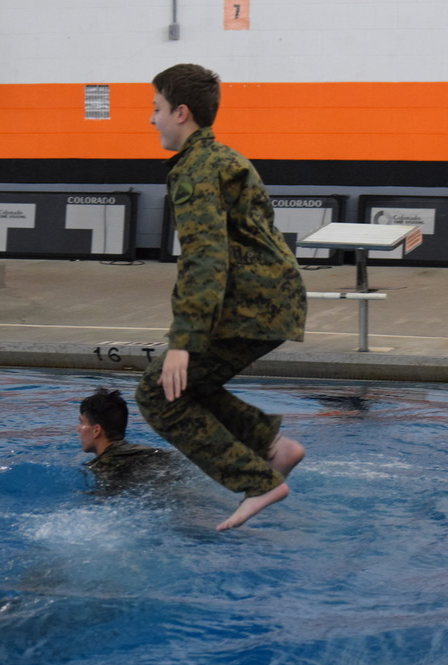 TIGERS ON A ROLL!

The Hargrave Tigers Swim Team earned their third straight victory on Tuesday afternoon as they took home first place in the Hargrave Invitational against Roanoke Catholic School and Southwest Virginia Home School. On the heels of a 47-39 victory over Fishburne Military School (1/22) where Hargrave saw strong individual and team performances, the Tigers returned to the ODAC to host the Hargrave Invitational, their first multi-team in-person meet this season. The Tigers did not disappoint, as they swam their way to an overall victory in addition to some strong individual performances. Of these performances, none was stronger than senior captain Nathan Higdon's afternoon in the pool. Higdon's record-breaking afternoon started off with a personal best in the 200 Yard Individual Medley, where he swam a 1:57.61, which was 4.5 seconds faster than his previous best and 2 whole seconds faster than the Hargrave Swimming record in the 200 IM, which stood for 20 years. Next up, Higdon broke his own school record in the 100 Yard Breaststroke, a record that stood for 17 years until Higdon broke it last year as a junior. This year, Higdon swam the event in 59.77 seconds! "Nathan was in a class of his own for this swim meet!" remarked Head Coach Amanda Weishaar. The window to purchase senior ads is now open. If you are interested in purchasing a Senior ad for your cadet in the Yearbook the deadline is Friday, Feb 26, 2020.

In order to do so please go to yearbookforever.com, search "Hargrave."

And a Busy Schedule for Hargrave Athletics